Warnham Local Nature Reserve has a long history of being particularly biodiversity rich. The Reserve itself is nestled on the north side of Horsham and is made up of a wide range of habitats from reedbeds and open water to typha swamp and coniferous woodland. In total over 3000 species have been recorded from many different taxon groups from beetles to mites and birds to dragonflies, most groups have some representation. A more detailed description of the main species groups can be found below: 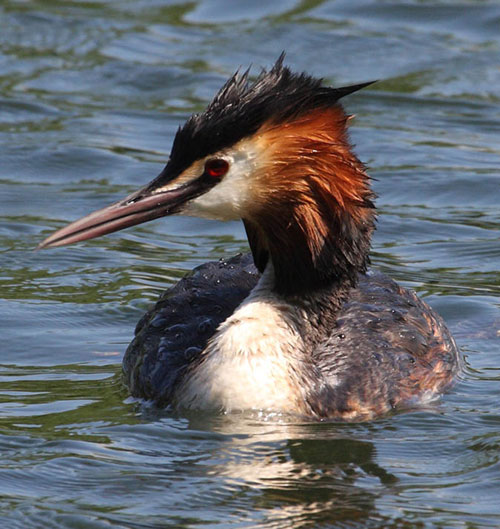 The mixture of habitats at Warnham LNR plays host to a wide range of species both resident and migrant. In winter the Woodpecker Hide offers the most activity with flocks of Lesser Redpoll, Siskin and the occasional Brambling amongst the commoner species such as Marsh Tit, Coal Tit and Nuthatch.

The Millpond is home to many wetland birds such as Pochard, Tufted Duck, Coot and Great Crested Grebe. Kingfishers are seen daily throughout the year with the peak occurring in August when the youngsters are on the wing. Beyond the Millpond there is also a thriving Grey Heron colony which averages 15-20 breeding pairs each year.

The reedbed offers a breeding site for Reed Warblers, Reed Buntings, Water Rails and even the elusive Bittern in the coldest of winters. Around the woodland rides many of our summer visitors such as Garden Warbler, Blackcap, Chiffchaff and Whitethroat stay to breed.

The edges of the Millpond are very attractive to migrant wading birds and Common Sandpiper, Green Sandpiper and Snipe are often seen. Whimbrel, Avocet, Jack Snipe and Greenshank are scarcer but regular visitors during spring and autumn passage.

Raptors are a regular feature of the Reserve due to the large number of prey items which can be found here. Red Kites are ever increasing in regularity and Sparrowhawk, Kestrel and Common Buzzard are seen daily. In spring and autumn the Millpond often attracts the attention of migration Ospreys too.

Lots of work has been put in to creating a number of well lit, warm woodland rides particularly in the Millpond Plantation on the east side of the Reserve. This has been of great benefit to the butterfly population with high numbers of Silver-washed Fritillary, White Admiral and Ringlet frequently seen. Scarcities such as Brown Hairstreak, Purple Emperor are recorded annually and 2016 saw our first sighting of Long-tailed.

Warnham is renowned as one of the county’s best dragonfly sites with many of the Sussex specialities found on the Reserve. Brilliant and Downy Emerald are regularly seen as well as good numbers of the Scarce Chaser and White-legged Damselfly both of which are rare and elusive species nationally. At the dipping ponds you can regularly see up to eight species of odonatan in a single afternoon. 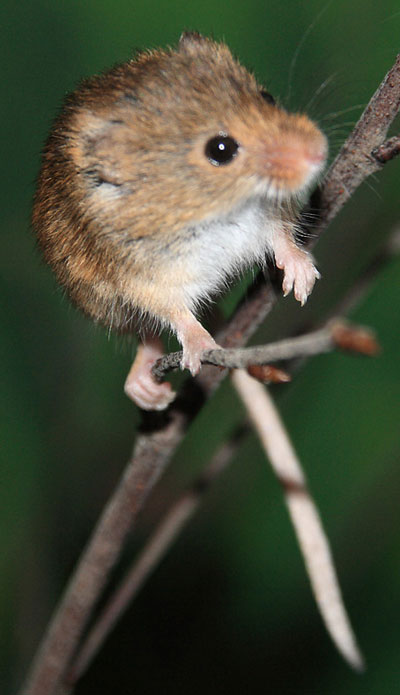 Roe Deer, Bank Vole and Red Fox are our most recorded mammals and these together with Grey Squirrel and Rabbit are seen daily around Reserve. Common Shrew and Wood Mice are often noted scuttling around the quieter areas. The Millpond offers excellent foraging for a number of Bat species in particular Daubenton and Soprano Pipistrelle. Weasel and Stoat are elusive though resident on the site and we are always hopeful that Water Vole and Otter may return.

A rich and diverse flora is present all around the Reserve which is helped no end by the mosaic of habitats. Specialities such as Broad-leaved Helleborine and Stingless Nettle are nestled in amongst more common species such as Common Spotted Orchid, Sneezewort and Betony – this all making for a botanical frenzy at any time of year. Mill Meadow is the most botanically rich area on the Reserve with over 200 species of plant found.

The large amount of deadwood left on site has meant the mycological interest on the site has been very high leading to an excellent species total. Many of the readily identifiable species such as Chicken of the Woods and Fly Agaric are common throughout the Reserve.

Over twenty years of surveying moths has led to a huge list of species and once again the mixture of habitats from reedbeds and broad-leaved woodland to conifer plantations and high quality wildflower meadows has resulted in an excellent range of species. Particularly rare species such as Rush Wainscot and Metalampra italica are often encountered annually. A number of nationally scarce and red data book species are found to breed on site.

The Reserve plays host to strong populations of Grass Snake, Slow-worm, Smooth Newt, Common Toad and Common Frog. There is also an ever increasing population of Marsh Frog which you can often hear singing all day from the beginning of May to the end of June. Historical records of Adder and Edible Frog are also noteworthy additions to the rich herpetofauna.